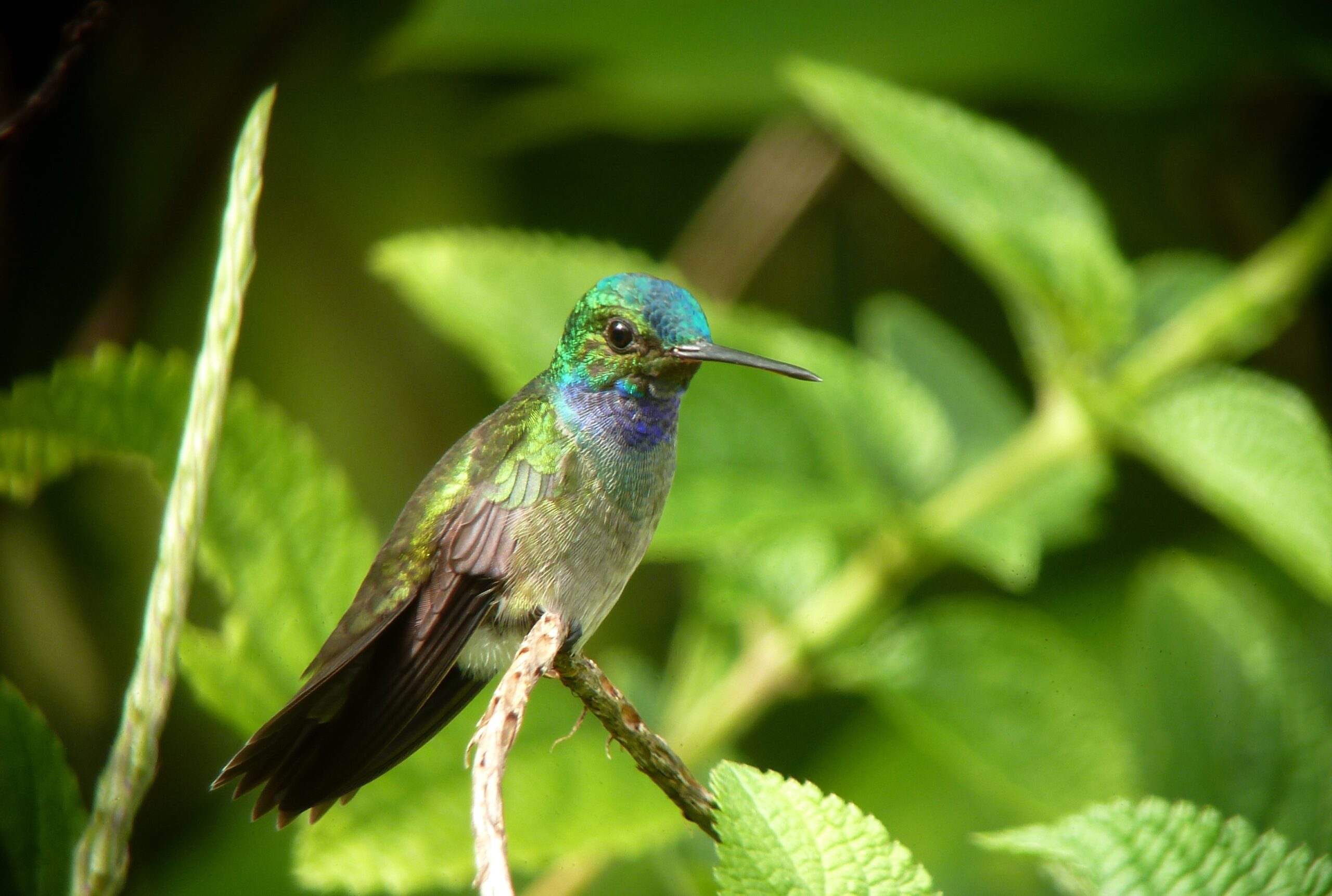 Of the 923 bird species known to occur in Costa Rica approximately 493 species can be found in the Osa region of (ACOSA), several of which are of conservation concern with declining populations.  Many are endemic to Costa Rica or are considered to be regional endemics found only in the southern half of Central America, most often endemic to Costa Rica and Panama.  Below is a list of birds which are priority species at local, regional and global levels.  (IUCN Status Codes:  EN = Endangered; NT = Near Threatened; VU = Vulnerable; LC = Least Concern).

The Black-cheeked Ant-Tanager (Habia atrimaxillaris) (EN) is endemic only to the Osa region in Costa Rica including the Osa Peninsula and around the Golfo Dulce into San Vito.  It is also considered to be an endangered species for its small population and restricted range which is highly fragmented outside of the national park system.  It is locally abundant, especially at higher elevations and is often found in small family groups moving through the forest understory foraging together.  They are skulky but hard to miss due to their raucous chatter.  Their dawn song is ethereal in nature, and if you can get up early enough in the morning during the breeding season from December to April you might just hear it.  If you missed it in the morning you might get another chance at dusk when individuals sing just before they go to roost. Photo by Manuel Sanchez-Mendoza

The Yellow-billed Cotinga (Carpodectes antoniae) (EN) is an endangered and regionally endemic species found only in the south pacific coastal region of Costa Rica and northern coastal Panama.  Research shows these lovely birds are tied to mangroves and adjacent mixed forest; feeding in the forest and breeding and roosting in the mangroves.  Where mangroves and/or forest have been cut or become highly fragmented the cotinga has virtually disappeared making the conservation and protection of the species and their associated habitats so extremely important. Photo by Karen Leavelle

The Mangrove Hummingbird (Amazilia boucardi) (EN) is also an endangered endemic species to Costa Rica.  It is found in the mangroves along the pacific coast from Nicoya down to Osa.  The loss of mangroves has made many species that depend on this tidal swamp ecosystem vulnerable to extinction.  Fortunately, in Costa Rica mangroves are Patrimony of the state and are therefore afforded some protections.  As well, the Terraba-Sierpe National Wetlands, a RAMSAR site, provide an extensive tract of mangrove that helps protect this and other species such as the Yellow-billed Cotinga. Photo by Valerie Gerbert

OTHER CONSERVATION PRIORITY BIRDS NOT ENDEMIC TO COSTA RICA

Scarlet Macaw (Ara macao) While the Scarlet Macaw is not endemic and is of Least Concern (LC) from a global IUCN standpoint it is still considered a priority species for Costa Rica.  The Osa Peninsula is one of this species last remaining strongholds in Meso America.

Osa Birds follows the changes in taxonomy and nomenclature for birds provided by the American Ornithological Society Checklist of North and Middle American Birds.

All our lists and checklists of birds incorporate changes through the 62nd supplement, 7th edition.  Ornithology, Volume 138, Issue 3, 1 July 2021, ukab037