Our work towards conserving birds and their habitats primarily takes place in the southwest corner of Costa Rica on the breathtaking Osa Peninsula, however, you will also find us in; the Térraba-Sierpe National Wetlands, an internationally recognized Ramsar site; around the Golfo Dulce and extending up into the upland forests and southern pacific coastal slope of mainland Costa Rica {see map below}.

The Osa Peninsula and its “Crown Jewel” Corcovado National Park have been called “one of the most biologically intense places on earth” by National Geographic representing 2.5% of the world’s biodiversity.  Where the rainforest meets the sea, the Osa is home to 28 natural distinct ecosystems to include tropical premontane forest and high elevation cloud forests, swamp and alluvial plains forest, and coastal mangrove forest along the Golfo Dulce; one of five fjords found worldwide.  Within this 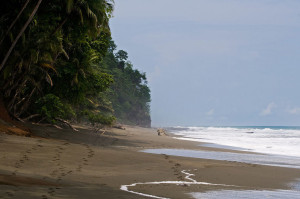 The Osa is also home to more than 465 resident and Neotropical migratory bird species; more than half of all the species found in Costa Rica, several of which are of varying levels of conservation concern.  Here you will find the largest population of wild Scarlet Macaws in all of Meso America, the endangered and Osa endemic Black-cheeked Ant-Tanager, and the endangered Yellow-billed Cotinga; a mangrove associated species endemic to southern Costa Rica and northern Panama.

One can also find over 55 forest associated overwintering Neotropical migrants including the ubiquitous Chestnut-sided Warbler, the American Redstart and the Baltimore Oriole.  Species of conservation concern include the Golden-winged Warbler, Olive-sided Flycatcher, Kentucky Warbler and Prothonotary Warbler amongst others.  The Yellow Warbler is usually one of the first species to arrive around mid-August, and commonly seen in urban garden settings.  Passage migrants such as the Red-eyed Vireo and the Swainson’s Thrush come through between September to November heading south and again from March to May making their way north to breed. 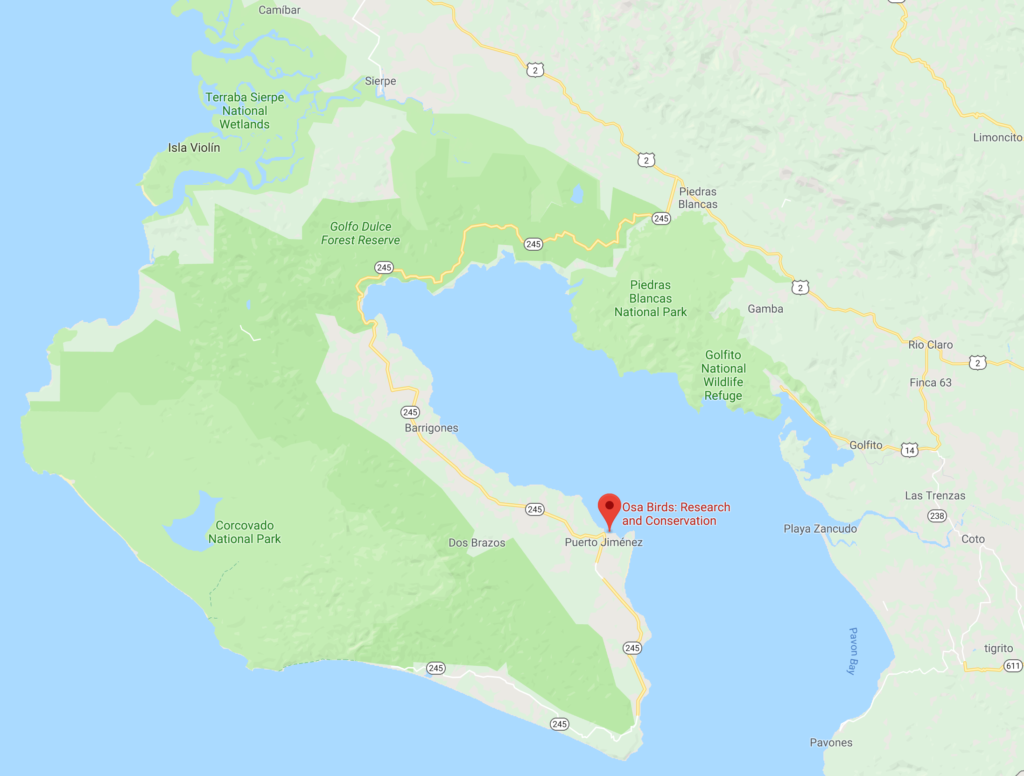